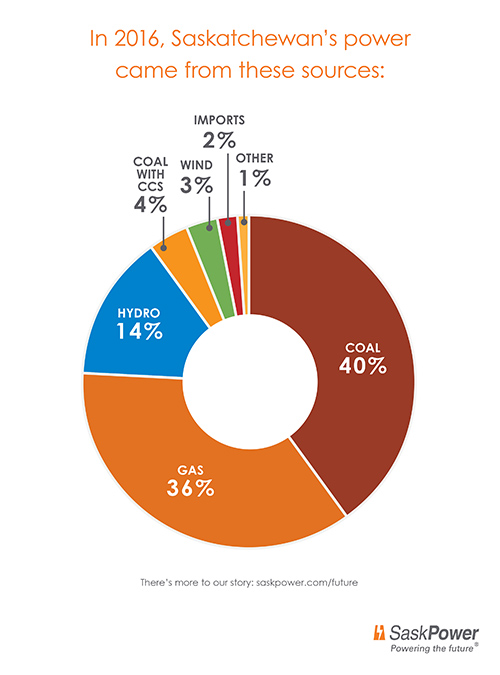 If you’ve been following the news in the past week, you’ve probably noticed a lot of talk about coal. COP23, the latest UN conference on climate change, wrapped up on Friday and throughout the two-week conference the Canadian delegation, led by Environment and Climate Change Minister Catherine McKenna, had its attention focused firmly on coal. McKenna teamed up with her UK counterpart Claire Perry to rally other governments to join them in committing to a coal phase-out, and have so far managed to get 20 countries on board. While the federal government’s emphasis on coal is not enough on its own to face up to its climate change obligations, phasing out coal is a crucial goal and achieving it would be a major victory.

When talking about reducing emissions, coal is often seen as a low-hanging fruit. Only four provinces still rely on coal for electricity generation: Alberta, Saskatchewan, New Brunswick and Nova Scotia. In Canada coal generates only 10% of electricity but accounts for more than 75% of electricity-related emissions, which makes its pollution-intensity clear. Besides its disproportionately high contribution to climate change, there is a strong case to be made for phasing out coal on health grounds too, and several health organizations in Canada have been at the forefront of calling for the phase-out of coal. Ontario, which completed its own phase-out in 2014, is estimated to have prevented 400 premature deaths and over 2,000 hospitalizations per year. Further, in 2016 the province experienced no smog advisories; by contrast, in 2005 there were 53 such advisories. Alberta’s impending phase-out is expected to save $300M per year in health savings alone. Ultimately, the long-term cost savings of phasing out coal are very clear, both in terms of the environment and health outcomes, which is why a phase-out is widely considered a no-brainer.

Of course, talk of phasing out any industry creates a glaring labour issue. If the industry is being wound down, then there will be a whole lot of workers looking for a new occupation. This has been a major concern for unions across the country, and is why Alberta announced last week that it would be providing $40M to coal workers to ease the transition; this week, the federal government made a commitment to support such transition measures and to help in supporting workers across the country. This concept of a “just transition” is an attempt to ensure that workers who have spent their lives working in the industry are not left behind by a mandated phase-out, and needs to be part of the planning process for any phase-out.

Alberta’s coal industry employs several thousand; Saskatchewan’s is comparatively modest at several hundred, but this does not mean it is insignificant or that there is no need for a proper transition plan in the province. But Saskatchewan has no such plan, and in fact has been obstinate on the whole question of phasing out coal despite the commitments from the federal government and its carbon-intensive neighbour Alberta. In contrast to Canada as a whole, Saskatchewan relied on coal for 44% of its electricity generation in 2016, but has a goal of reaching 50% renewable generation by 2030. In response to the federal call for a 2030 phase-out Saskatchewan worked out a so-called equivalency agreement that would enable the province to burn coal past that date if its emissions were off-set with carbon capture and sequestration (CCS). Saskatchewan has been a leader in developing CCS technology, but the province’s flagship project at Boundary Dam has been mired in controversy and early this month SaskPower’s President, Mike Marsh, admitted that the crown was unlikely to recommend further CCS going forward as it has proven to be wildly uneconomical.

This leaves the province in an awkward position. The landscape surrounding coal has shifted dramatically in the last year and a half. The federal government has made the phase-out of coal a centrepiece of its emissions-reduction strategy, seeing it as a relatively quick and easy way of drastically reducing emissions. Again, it is not enough on its own, but it is significant. Now that Alberta has committed to its own phase-out, including substantial support for coal workers, and New Brunswick has expressed its willingness to follow with proper federal support, Saskatchewan is increasingly isolated as a laggard on the issue, especially as the viability of CCS becomes more and more uncertain. Coal is a significant economic driver for some communities in the province, but this makes the need to plan properly an urgent issue.

We need to seriously open up this conversation in Saskatchewan. A coal phase-out is not only attainable but an imperative for better health and climate change mitigation, and the longer the province puts off planning for this inevitable transition the more difficult it is going to be. We’ll be talking more about coal in the coming weeks and months as we want to help get this conversation going. Please feel welcome to post your thoughts here.

3 thoughts on “It’s time to talk about coal”